Produced by Team17 Digital (of Worms fame) and developed by Modern Dream (Typing of the Dead), L.A. Cops is a far from serious look at the dangerous lives of some, badass, no-nonsense, 1970s Los Angeles police officers. What’s most striking about L.A. Cops is it’s minimalist, cartoon art style, expressing it’s characters through colored silhouettes wearing sunglasses and donning some pretty swank, Fu Manchu mustaches. With a soundtrack straight out of Boogey Nights and a characters with names like Murphy and Kowalsky, L.A. Cops is a charming homage to the 70s cop drama.

While sporting an isometric view, rather than top down, L.A. Cops is very reminiscent of Hotline Miami, tasking you with taking down enemies quickly, while moving from room to room and avoiding being mowed down in only one or two shots. However, unlike Hotline Miami, L.A. Cops not only allows you to arrest people (a quick tap of the melee button) for more points, but you also control two protagonists! With a simple button press, you can switch from one partner to the other, leaving the unplayed character on “overwatch”, ready to blow away anything that comes within their view radius. You’re also able to order your teammate from place to place simply by aiming in a particular direction and pressing a button. This two-person control scheme brings a level of strategy not found in Hotline Miami. When facing particularly deadly enemies, I found it advantageous to position one partner around a corner and then bait my enemies to come chase me, then filling their faces full of lead as soon as I lured them into the trap. 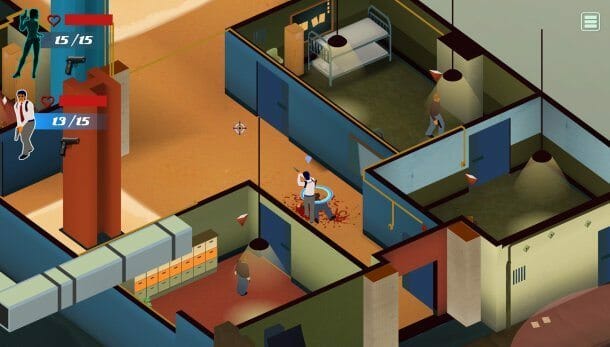 As you progress through the game’s campaign, you’re able to choose your duo out of 8 available cops, each of which have different attributes such as faster movement, increased health, etc. After each mission, based on your performance, you can level up your characters’ attributes. The missions themselves are comprised of multiple objectives, such as find the drug money, rescuing a hostage, or just eliminating (or arresting) the enemies.

At first glance, L.A. Cops looks like a basic isometric shooter, but if you tried to play it run-and-gun style, you won’t go very far. Without careful planning before entering a room, things can go south in the blink of an eye. Like your enemies, you can only take a couple shots before biting the big one, so going from an A-OK situation to both protagonist lying in a pile of bloody mustaches can happen in a single shotgun blast. 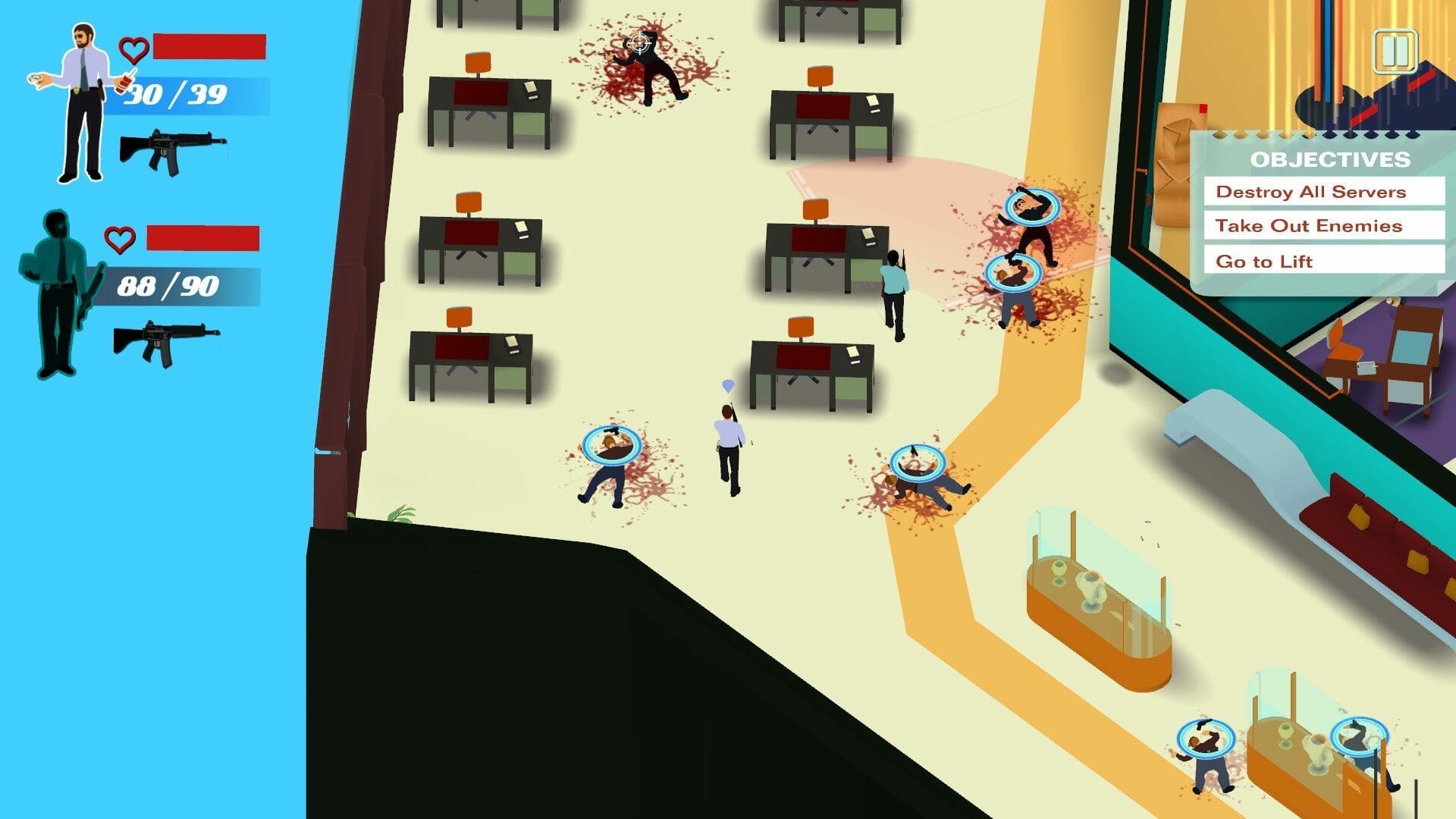 If you’re a fan of the difficulty found in titles like Hotline Miami, or just really love the Beastie Boys’ Sabotage video, you won’t be disappointed with L.A. Cops. Available now in Early Access, L.A. Cops is launching on Steam and Xbox One on March 13. While the game is single-player only at the moment, a multiplayer mode may be introduced after launch.

For more live coverage of Pax east 2015, check out the Bagogames Instagram feed!